307 slaves from Angola stored in the between-deck, detail from the plan, profile and layout of the Nantes slave ship Marie Seraphique, outfitted by Gruel, captained by Gaugy, 1769, by Rene L'Hermitte, in the Musee d'histoire de Nantes, in the Chateau des ducs de Bretagne, in Nantes, Pays de la Loire, France. The plans precisely illustrate how the ship's cargo of goods and slaves was organised. The crossing is charted in the bottom section. The document was commissioned by the shipowner, for the campaign of 25th August - 16th December 1769. The museum opened in 2007 and covers the history of Nantes, focusing on slavery, world wars, industrialisation and the chateau. Picture by Manuel Cohen 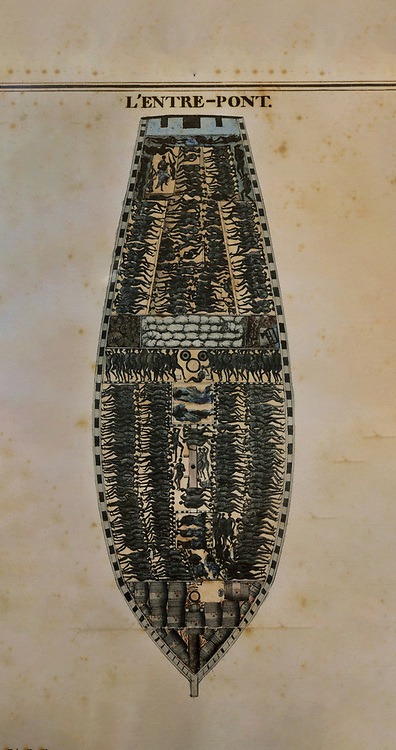