EPIDAURUS, GREECE - APRIL 15 : A view from above of the Theatre, on April 15, 2007 in Epidaurus, Greece. The Theatre, designed by Polykleitos the Younger, was built in the late 4th century BC and extended in the Hellenistic period. It was rediscovered in 1881 and significantly restored in the 1950s. It has the three main features of a Greek theatre: the orchestra, a sunken round stage; the skene, a raised rectangular stage; and the cavea, a raked semi-circular auditorium with radiating diazomas. To the right is the entrance to one of the two paradoi, or corridors, which gave the actors access to the stage. The theatre is renowned for its accoustics thanks to the symmetry of the cavea, and for its beautiful mountain view, seen here in the morning light. (Photo by Manuel Cohen) 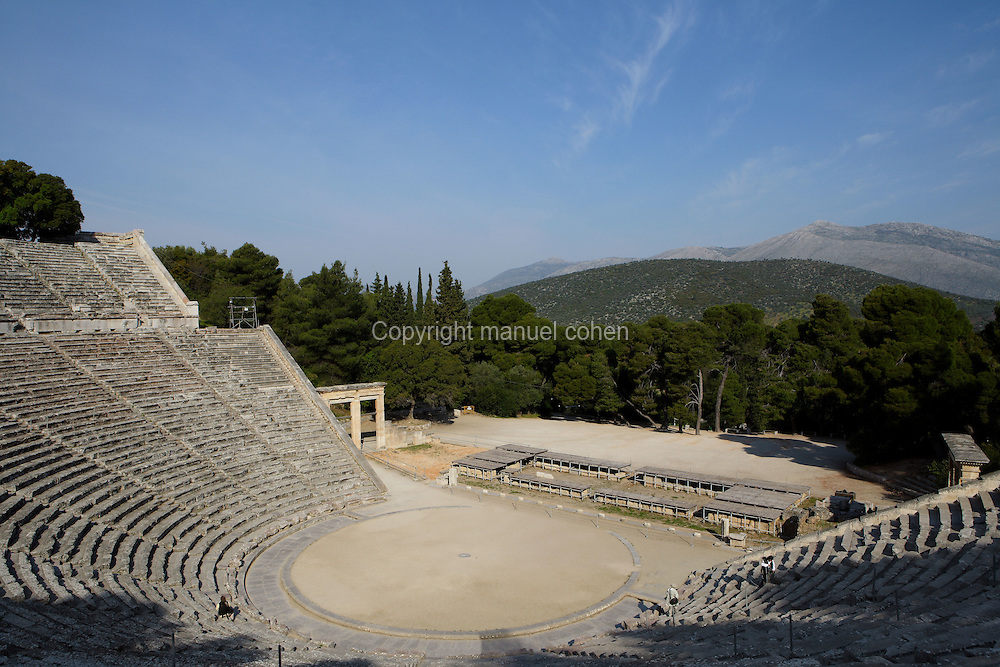