General view of Gur-Emir Mausoleum, 1417-20,Samarkand, Uzbekistan, pictured on July 15, 2010, at dawn. Gur-Emir Mausoleum, or Tomb of the Ruler, was built by Timur in 1404 for his favourite grandson, Mohammed Sultan, and became the mausoleum for the Timurid dynasty. The simply formed building is an octagonal drum beneath an azure fluted dome (diameter: 15m, height: 12.5m). Its walls are tiled in blue and white geometric and epigraphic patterns including the words 'God is Immortal' in 3m. high white Kufic script around the top of the drum. Samarkand, a city on the Silk Road, founded as Afrosiab in the 7th century BC, is a meeting point for the world's cultures. Its most important development was in the Timurid period, 14th to 15th centuries. Picture by Manuel Cohen. 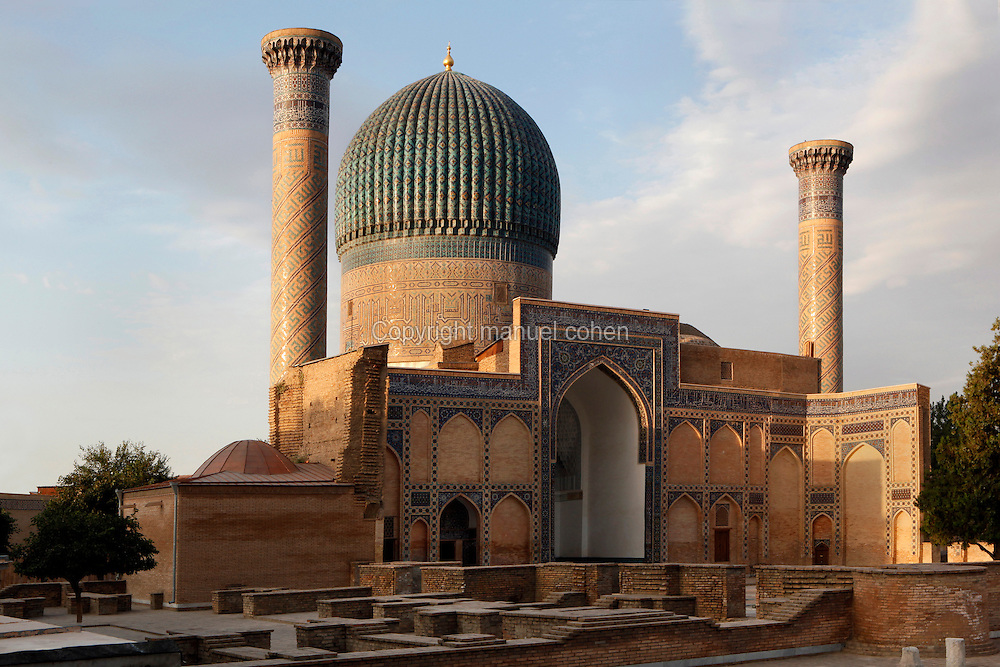