Centro de Arqueologia Subacuatica (CAS) (Center for Underwater Archeology), on La Caleta beach, Cadiz, Andalusia, Southern Spain. The building was inaugurated in 1926 and was originally the Balneario de Nuestra Senora de la Palma Real, a spa and bathhouse with a central access pavilion and 2 long curved wings built on pillars above the sand. Cadiz is one of the oldest cities in Europe, founded by the Phoenicians in 1100 BC, and later became a Carthaginian then a Roman city, and Spain's constitution was signed here in 1812. It is situated on a peninsula on the Costa de la Luz. Picture by Manuel Cohen 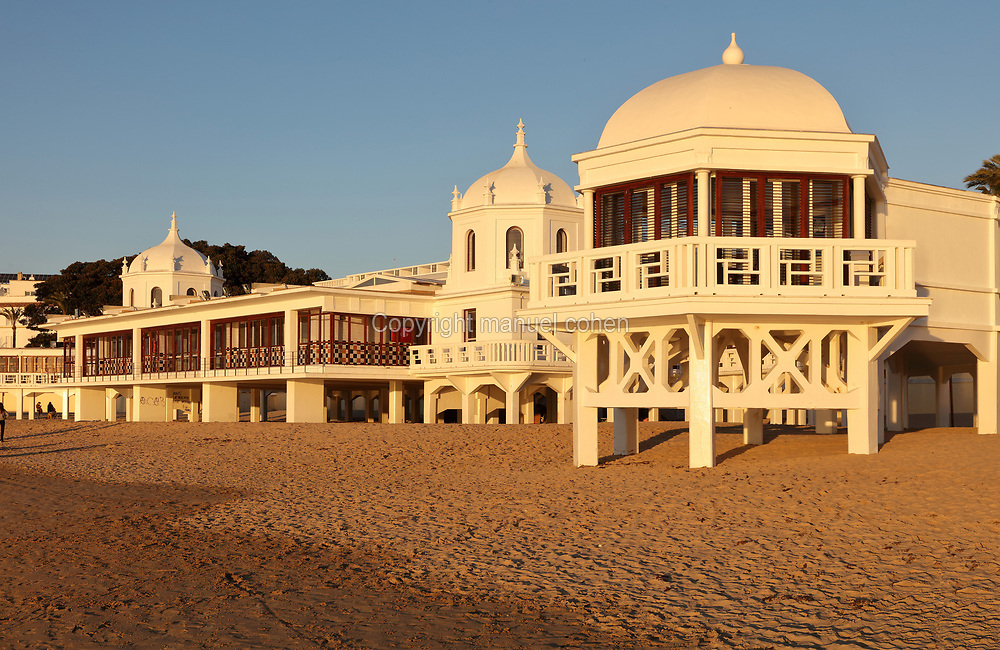