Detail of Diana goddess of hunting with a stag, from a large Sevres porcelain vase made 1832 in Renaissance style, representing the legends of Fontainebleau, such as Leonardo da Vinci with the Mona Lisa and Benvenuto Cellini sculpting Diana in front of Diane de Poitiers, in the Guard Room at the Chateau de Fontainebleau, France. The Palace of Fontainebleau is one of the largest French royal palaces and was begun in the early 16th century for Francois I. It was listed as a UNESCO World Heritage Site in 1981. Picture by Manuel Cohen 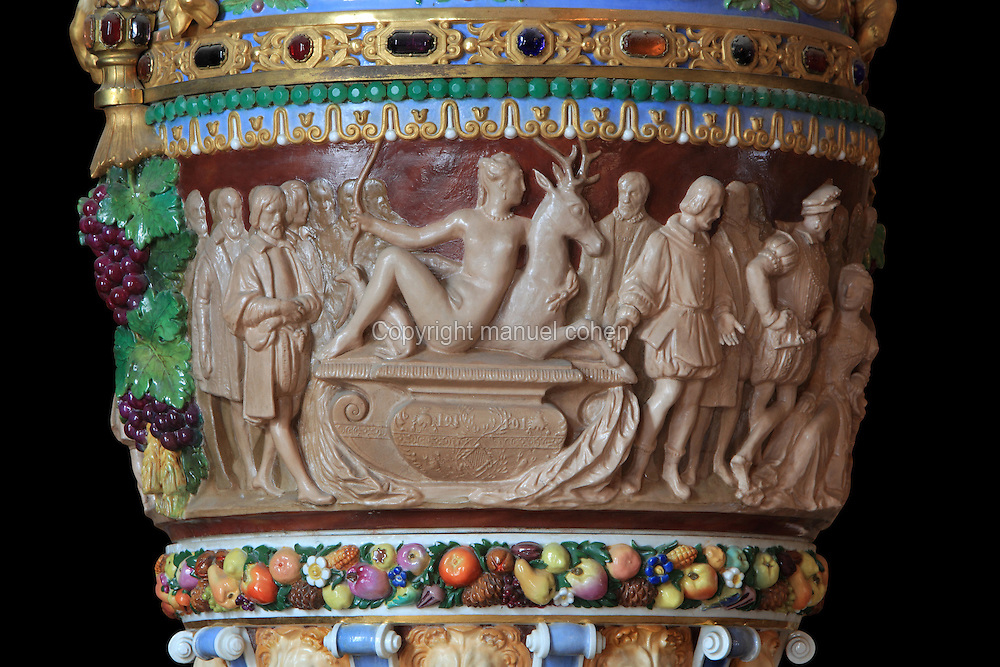