Fresco from a Terrace House on Bulbul Hill, opposite the Temple of Hadrian, Ephesus, Izmir, Turkey. Here we see a architectural panels and possibly a god. These houses are also called the houses of the rich and were built according to the Hippodamian plan of the city in which roads transected each other at right angles. There are 6 residential units on 3 terraces at the lower end of the slope. The oldest building dates to the 1st century BC and continued in use as a residence until the 7th century AD. Ephesus was an ancient Greek city founded in the 10th century BC, and later a major Roman city, on the Ionian coast near present day Selcuk. Picture by Manuel Cohen 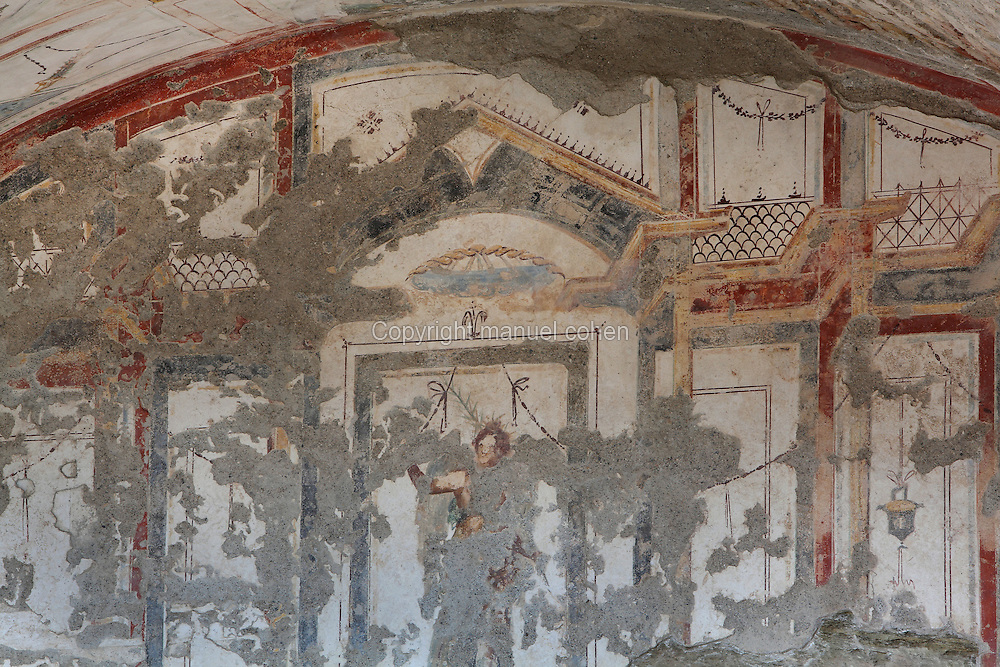