The Hellenistic theatre, 4th century BC, later enlarged by the Romans in the 2nd century AD, Miletus, Aydin, Turkey. The new building under Emperor Trajan seated 25,000 and a third floor was added to the stage building, which was decorated with columns and hunting scenes with Eros. In the centre of the first two rows, four columns designated a special box for the emperors. The theatre was situated on the edge of the harbour. Miletus was an Ancient Greek city on the Western coast of Anatolia. Although settlement began here millennia ago, its heyday was in the Hellenistic and Roman periods. The city was finally abandoned in the Ottoman era when the harbours silted up. Picture by Manuel Cohen 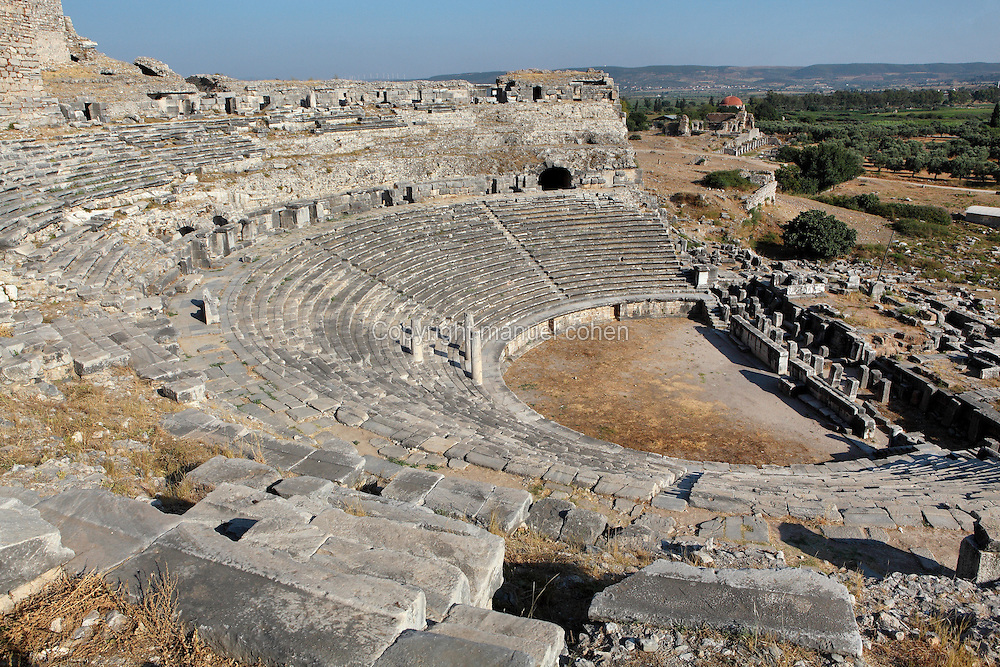