SENS, FRANCE - JUNE 28 : A view from below of carved capitals in St Stephen's Cathedral, on June 28, 2008 in Sens, Burgundy, France. St Stephen's was the first Gothic Cathedral to be built in France and the architect, William of Sens, was also influential in the building of Canterbury Cathedral. Construction began c. 1135-1140, and is mainly 12th century, but was not completed until the 16th century. The capitals are carved with leaf decorations; behind them is the vaulted ceiling. (Photo by Manuel Cohen) 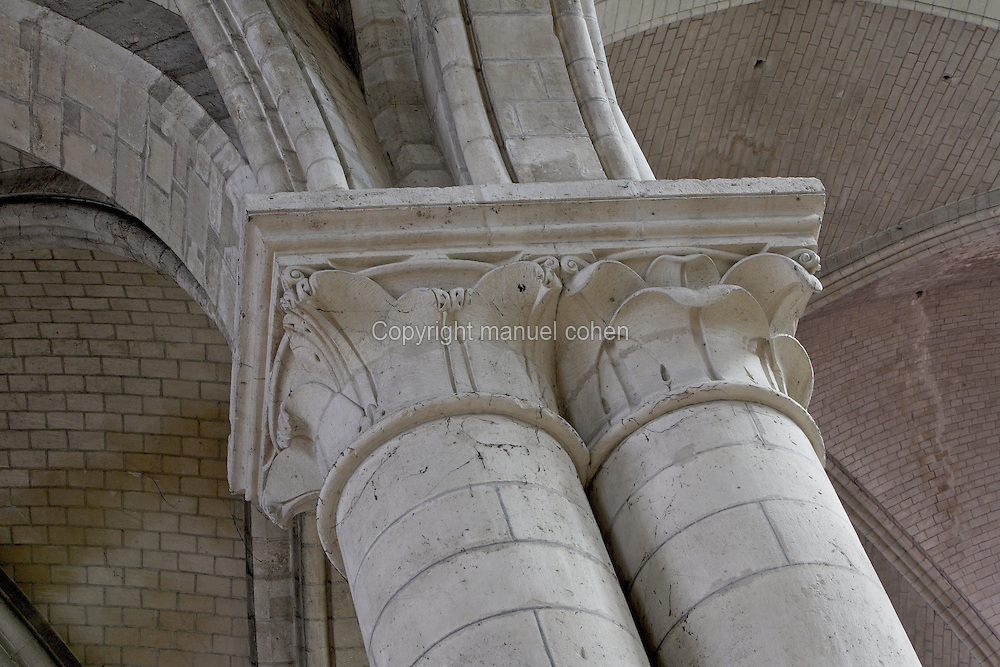