DELPHI, GREECE - APRIL 11 : A general view of the pedestal of the statue of King Prusias II of Bithynia with the Temple of Apollo in the background and the Mount Parnassus in the distance, on April 11, 2007 in the Sanctuary of Apollo, Delphi, Greece. The pedestal dates 2nd century BC and was holding an equestrian statue of King Prusias II of Bithynia. The ruins of the Temple of Apollo belong to the 4th century BC, the third temple built on the site and completed in 330BC. (Photo by Manuel Cohen) 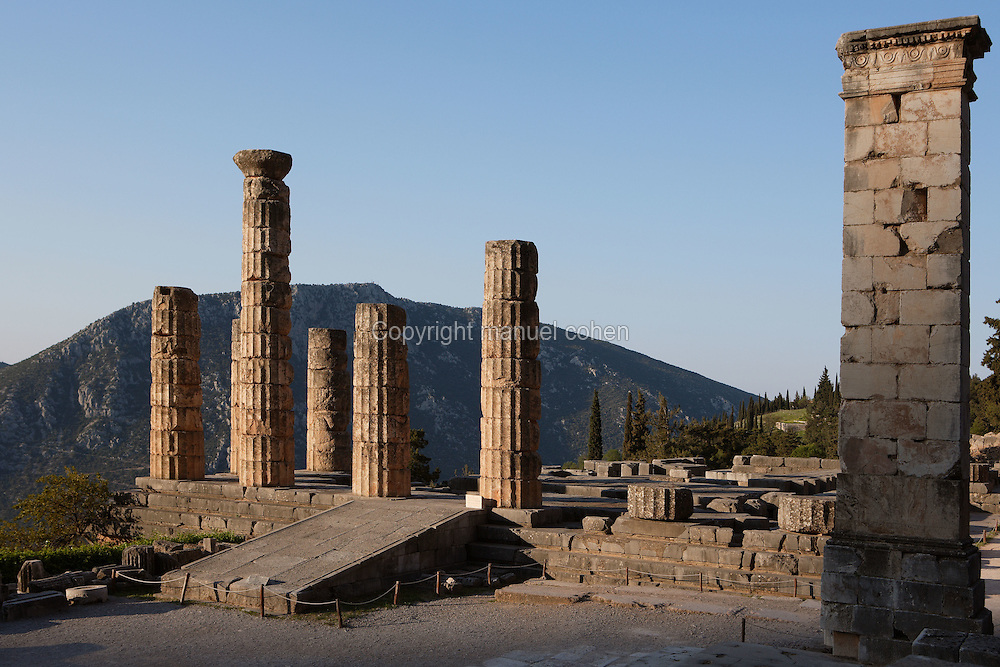