Detail of carvings, Patio de Escuelas, University of Salamanca, Salamanca, Spain, pictured on December 18, 2010 in the afternoon. This Renaissance courtyard with its elaborate carvings is the entrance to the University. Salamanca, an important Spanish University city, is known as La Ciudad Dorada ("The golden city") because of the unique golden colour of its Renaissance sandstone buildings. Founded in 1218 its University is still one of the most important in Spain. Around it the Old Town is a UNESCO World Heritage Site. Picture by Manuel Cohen 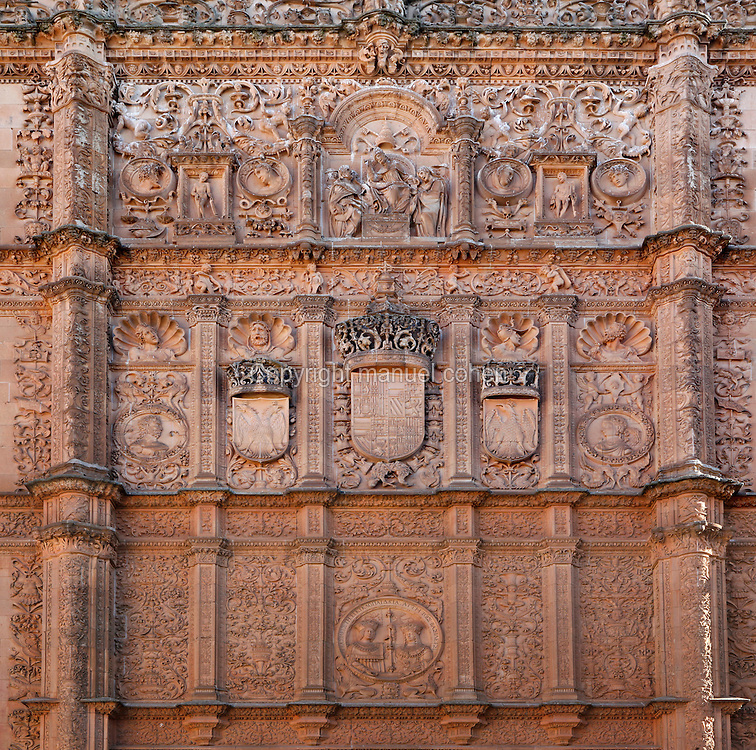