Torres Miradores (lookout towers) on the roofs of 18th century traders' houses, enabling them to watch the ships in the harbour coming from and sailing to South America, in Cadiz, Andalusia, Southern Spain. Cadiz is one of the oldest cities in Europe, founded by the Phoenicians in 1100 BC, and later became a Carthaginian then a Roman city, and Spain's constitution was signed here in 1812. It is situated on a peninsula on the Costa de la Luz. Picture by Manuel Cohen 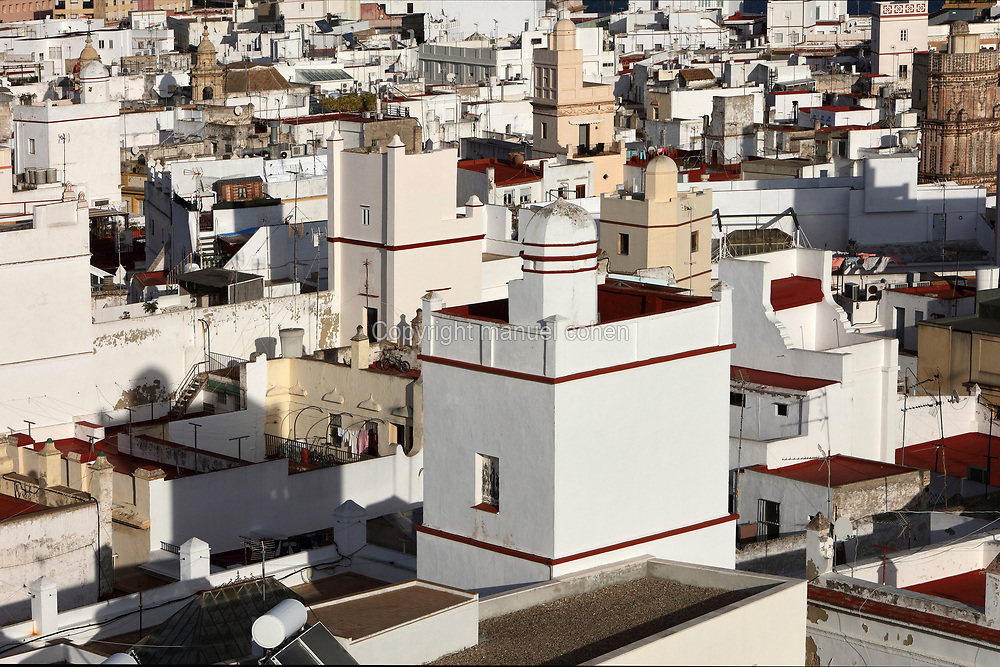