General view of the church of the Monestir de Santes Creus surrounded with trees, Aiguamurcia, Catalonia, Spain, pictured on May 21, 2006, in the morning. The Cistercian Reial Monestir Santa Maria de Santes Creus and its church were built between 1174 and 1225. Following strict Cistercian rule, the Romanesque complex originally featured no architectural embellishments with the exception of ornamented capitals and crenellations on the rooflines. In the 13th century parts of the abbey and the cloister were converted in Gothic style by James II of Aragon who also added the dome to the church. It is pictured from the east showing the rose window. The lantern on the dome is a Baroque addition. Picture by Manuel Cohen. 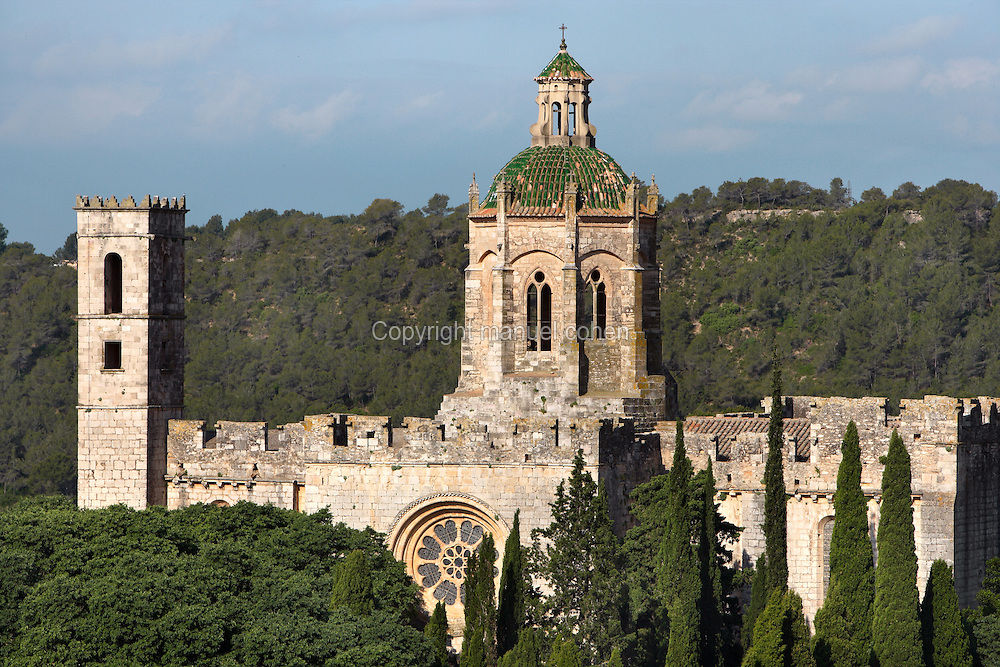