The younger son, naked, is put to bed by a servant, while a woman holds him around the neck, from the Parable of the Prodigal Son stained glass window, in the north transept of Chartres Cathedral, Eure-et-Loir, France. This window follows the parable as told by St Luke in his gospel. It is thought to have been donated by courtesans, who feature in 11 of the 30 sections. Chartres cathedral was built 1194-1250 and is a fine example of Gothic architecture. Most of its windows date from 1205-40 although a few earlier 12th century examples are also intact. It was declared a UNESCO World Heritage Site in 1979. Picture by Manuel Cohen 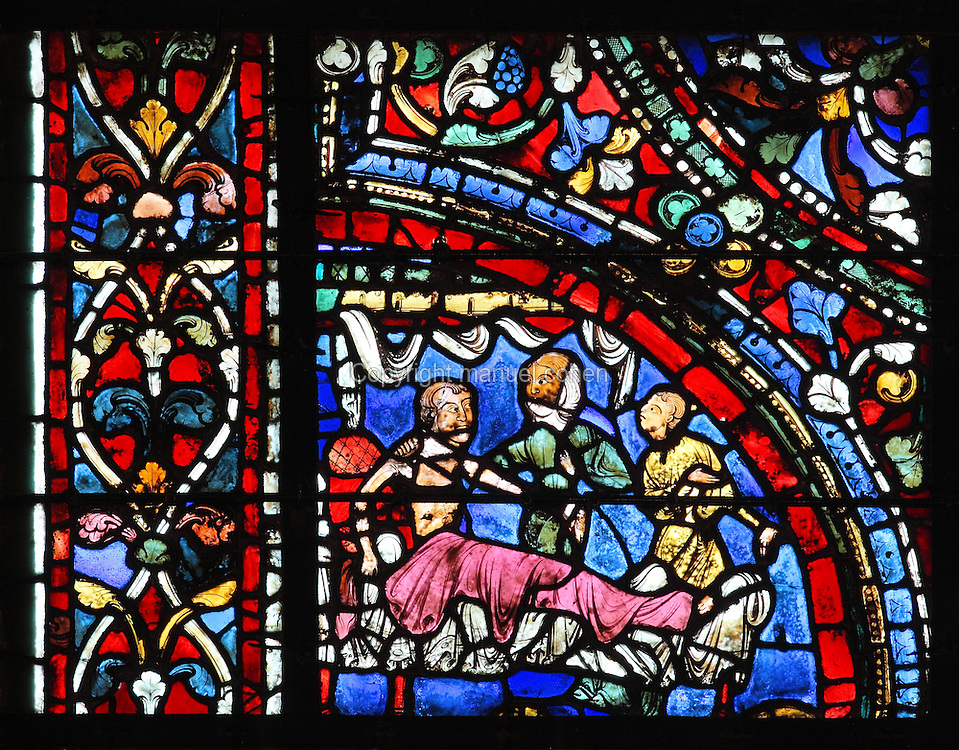