View from below of interior, Ak-Sarai Mausoleum, (White Palace), Samarkand, Uzbekistan, pictured on July 18, 2010. The Ak-Sarai Mausoleum, located South East of the Gur-Emir Mausoleum, is also a Timurid tomb, commissioned by Abu Sa'id (1451-1468/9). It has an underground octahedral crypt where a headless skeleton was discovered in a niche by the eastern wall, possibly Ulugh Beg's eldest son Abd al-Latif (c.1420-50), who ordered his father's death, and was later executed himself. Samarkand, a city on the Silk Road, founded as Afrosiab in the 7th century BC, is a meeting point for the world's cultures. Its most important development was in the Timurid period, 14th to 15th centuries. Picture by Manuel Cohen. 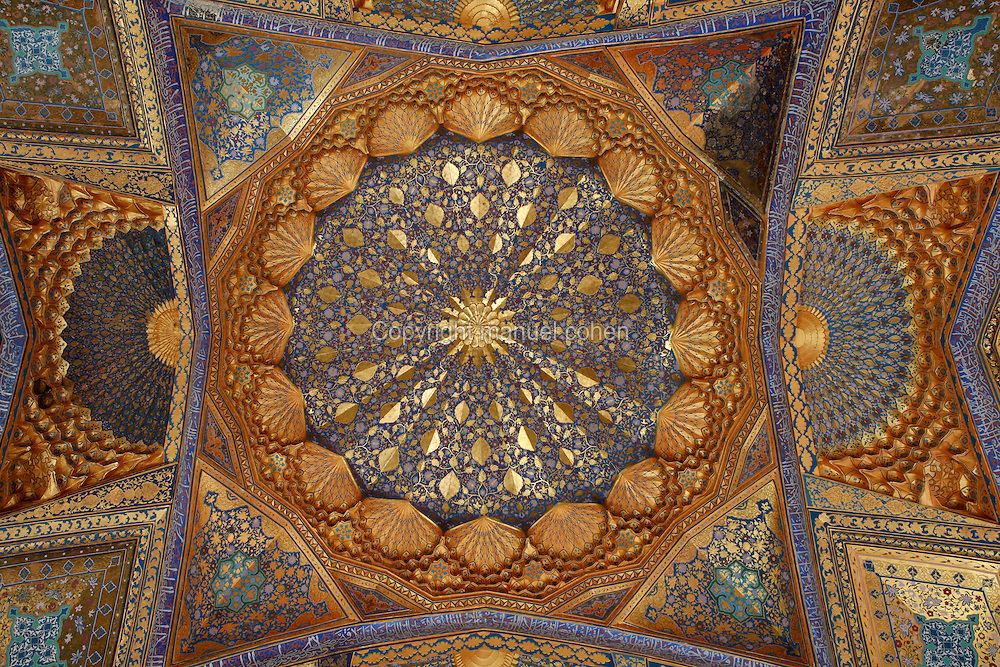