Underground quarry and cellars, 13th century, at the medieval castle of Chateau-Thierry, Picardy, France. From the 11th century, limestone was extracted from under the castle to create underground rooms, which were reinforced in the 12th and 13th centuries, as seen here. By the 16th century, the underground rooms had 2 levels and accessed the dry moat. The first fortifications on this spur over the river Marne date from the 4th century and the first castle was built in the 9th century Merovingian period by the counts of Vermandois. Thibaud II enlarged the castle in the 12th century and built the Tour Thibaud, and Thibaud IV expanded it significantly in the 13th century to include 17 defensive towers in the walls and an East and South gate. The castle was largely destroyed in the French Revolution after having been a royal palace since 1285. In 1814 it was used as a citadel for Napoleonic troops. Picture by Manuel Cohen 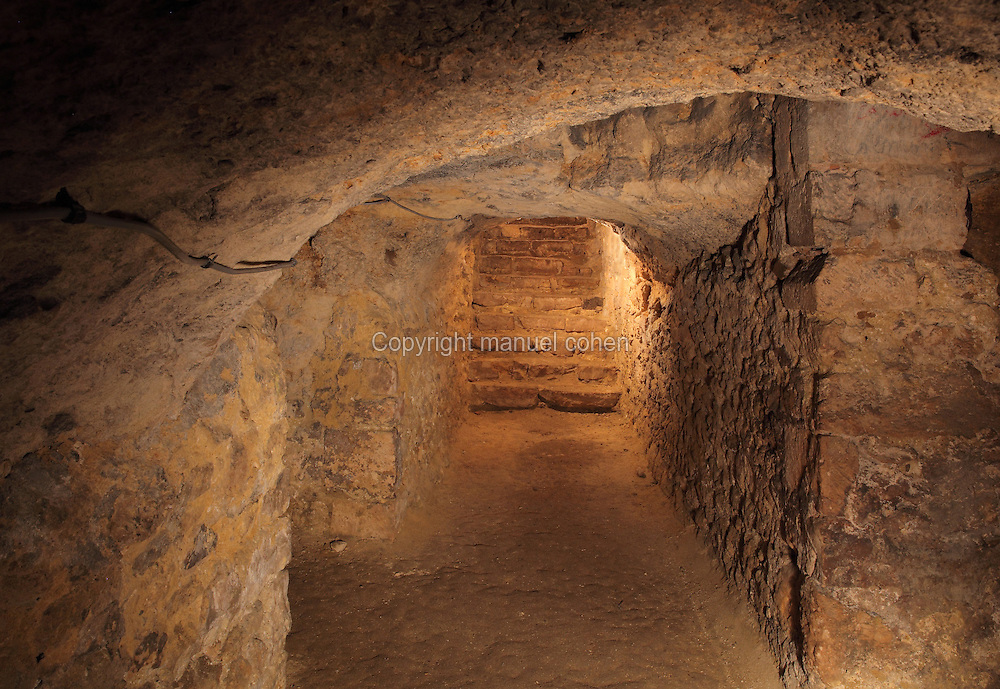