Statue of St Leopold flanked by 2 kneeling angels, by Pau Gargallo, 1881-1934, above the portal of the St Leopold Pavilion, built 1903-18, at the Hospital de Sant Pau, or Hospital de la Santa Creu i Sant Pau, built 1902-30, designed by Catalan Modernist architect Lluis Domenech i Montaner, 1850-1923, in El Guinardo, Barcelona, Catalonia, Spain. The saint is depicted by a kaiser style moutache and is also a portrait of Leopoldo Gil, relative of Pau Gil. The original medieval hospital of 1401 was replaced with this complex in the 20th century thanks to capital provided in the will of Pau Gil. The hospital consists of 27 pavilions surrounded by gardens and linked by tunnels, using the Modernist Art Nouveau style with great attention to detail. On the death of the architect, his son Pere Domenech i Roura took over the project. The complex was listed in 1997 as a UNESCO World Heritage Site. Picture by Manuel Cohen 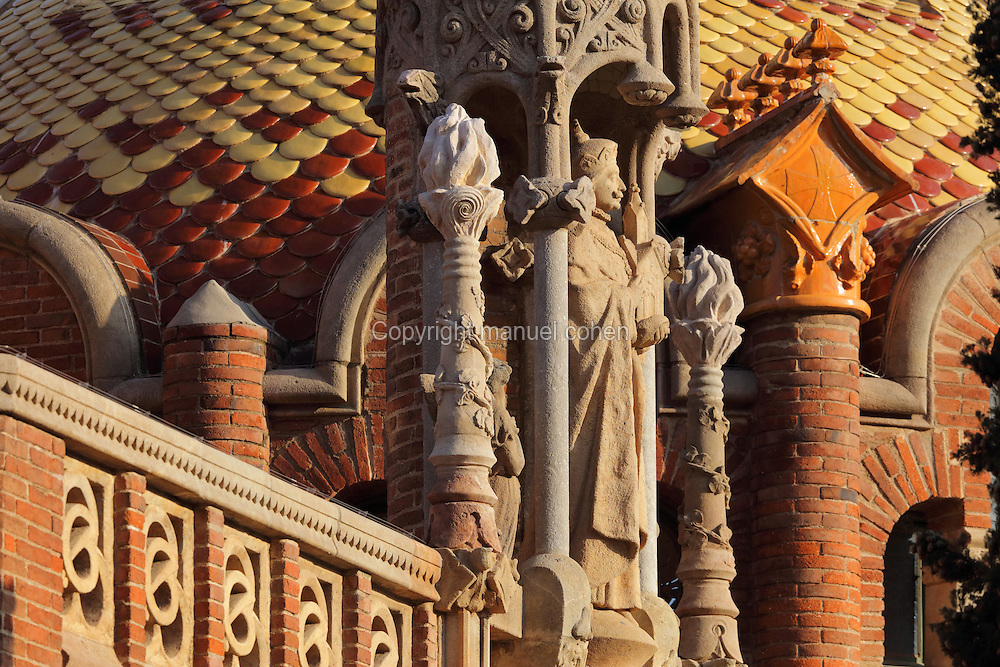