Roland is dying, he lies on his shield and holds his sword Durendal. He asks his half-brother Baldwin for a drink, and he hands it to him in his upturned helmet. This is a calm scene of peace for a martyr who was betrayed like Jesus. Section of Baldwin handing a drink to Roland, from the Charlemagne window, early 13th century, in the ambulatory of Chartres Cathedral, Eure-et-Loir, France. Chartres cathedral was built 1194-1250 and is a fine example of Gothic architecture. Most of its windows date from 1205-40 although a few earlier 12th century examples are also intact. It was declared a UNESCO World Heritage Site in 1979. Picture by Manuel Cohen 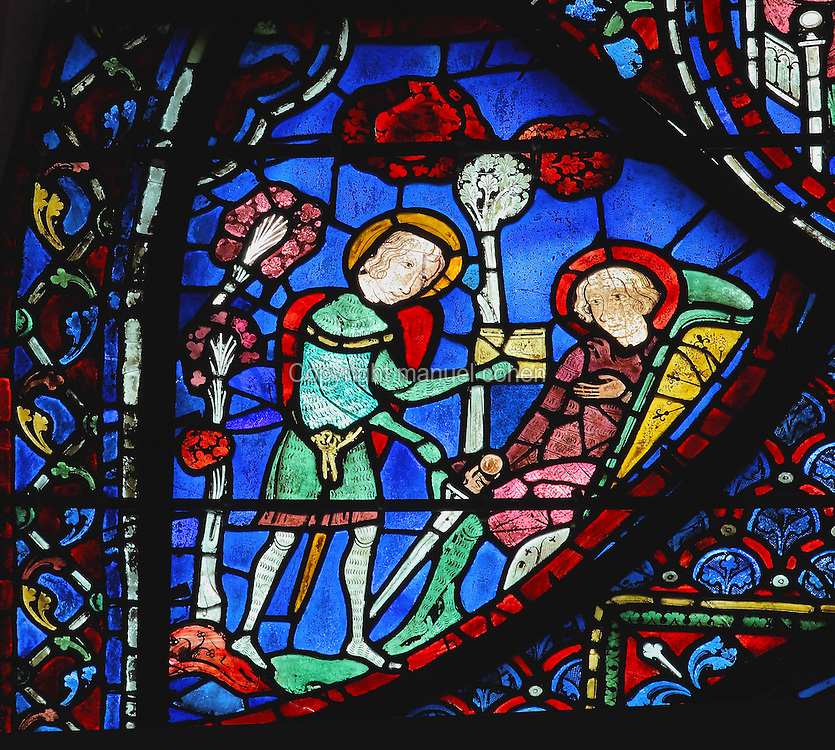