General view of the Gymnasium with columns and capitals in the Antonine Baths, with the sea in the background, Carthage, Tunisia, pictured on January 28, 2008, in the evening. Carthage was founded in 814 BC by the Phoenicians who fought three Punic Wars against the Romans over this immensely important Mediterranean harbour. The Romans finally conquered the city in 146 BC. Subsequently it was conquered by the Vandals and the Byzantine Empire. Today it is a UNESCO World Heritage. Founded in the 2nd Century by the Emperor Hadrian and completed by Antoninus Pius, the Antonine Baths were the largest outside the ancient city of Rome. Today, the basement, furnaces and fragments of carved and inscribed masonry remain of the highly complex structure, which included the Caldaria and Frigidarium (hot and cold baths). Picture by Manuel Cohen. 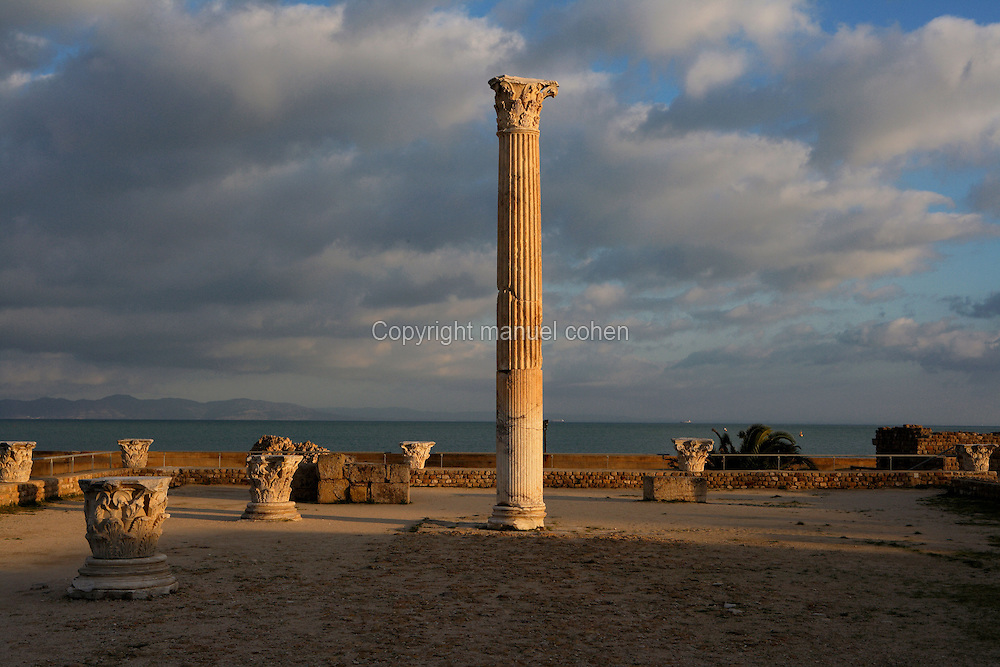