General view of a Punic column with capital in the peristyle courtyard of the Villa of the Aviary, Carthage, Tunisia, pictured on January 30, 2008, in the morning. Carthage was founded in 814 BC by the Phoenicians who fought three Punic Wars against the Romans over this immensely important Mediterranean harbour. The Romans finally conquered the city in 146 BC. Subsequently it was conquered by the Vandals and the Byzantine Empire. Today the site is a UNESCO World Heritage. The Roman Villa of the Aviary, with its octagonal garden set in a peristyle courtyard, is known for its fine mosaics depicting birds. Picture by Manuel Cohen. 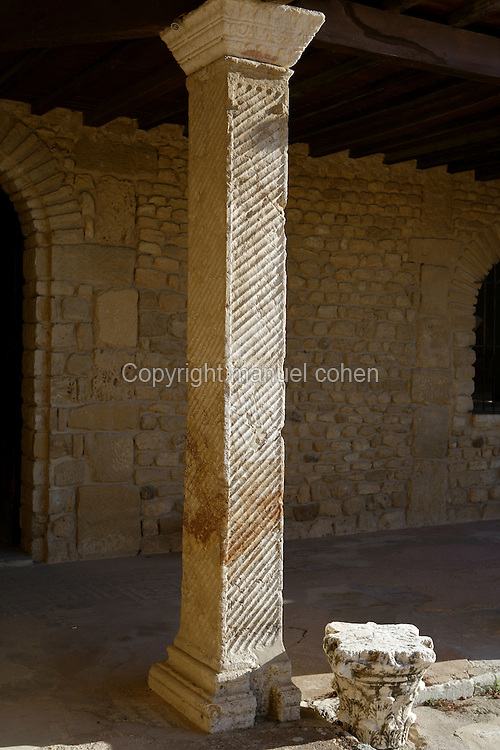