Bust of Francisco Alba Medina (Paco Alba), 1918-76, by Fernando Benitez or Nando born 1943. Francisco Alba was a musician, writer of Carnival songs and creator of the Comparsa Carnival, January 2001, on La Caleta beach, Cadiz, Andalusia, Southern Spain. Cadiz is one of the oldest cities in Europe, founded by the Phoenicians in 1100 BC, and later became a Carthaginian then a Roman city, and Spain's constitution was signed here in 1812. It is situated on a peninsula on the Costa de la Luz. Picture by Manuel Cohen 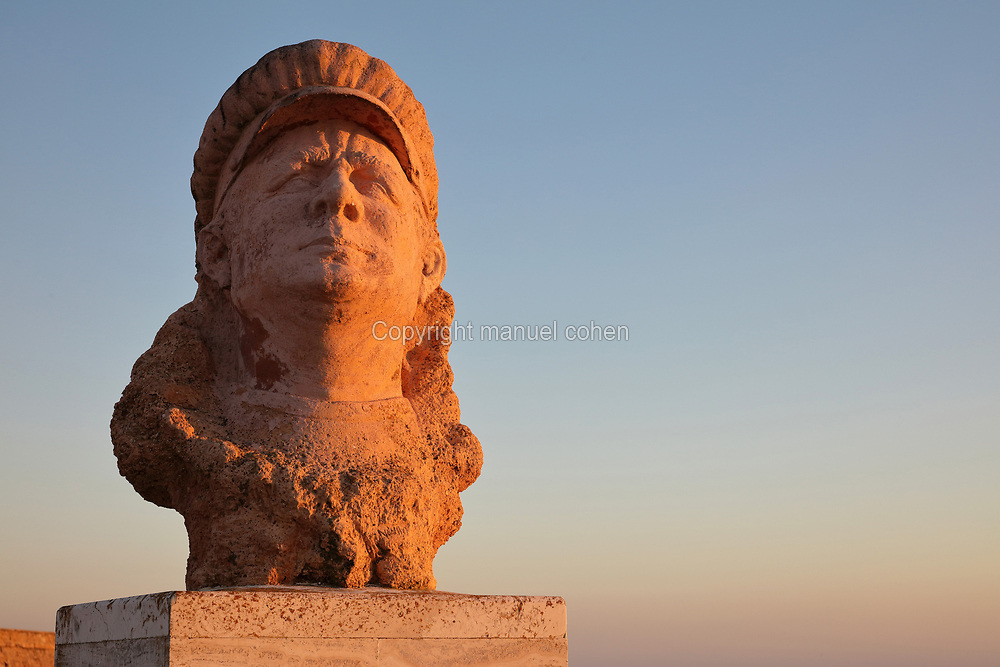