Harbour on the island of Cabrera with Cabrera Castle on the hillside above, in the Balearic Islands, near Majorca, Spain. Cabrera is a small uninhabited island, part of the Cabrera Archipelago in the Mediterranean Sea. It was used as a military base for the Spanish Army 1973-86 and was designated a National Park in 1991. The island is home to a rich diversity of endemic wildlife, both on land and in the surrounding sea. Cabrera Castle was originally built in the late 14th century by Guillem Saragossa, as a watchtower to warn the population of pirate raids. Picture by Manuel Cohen 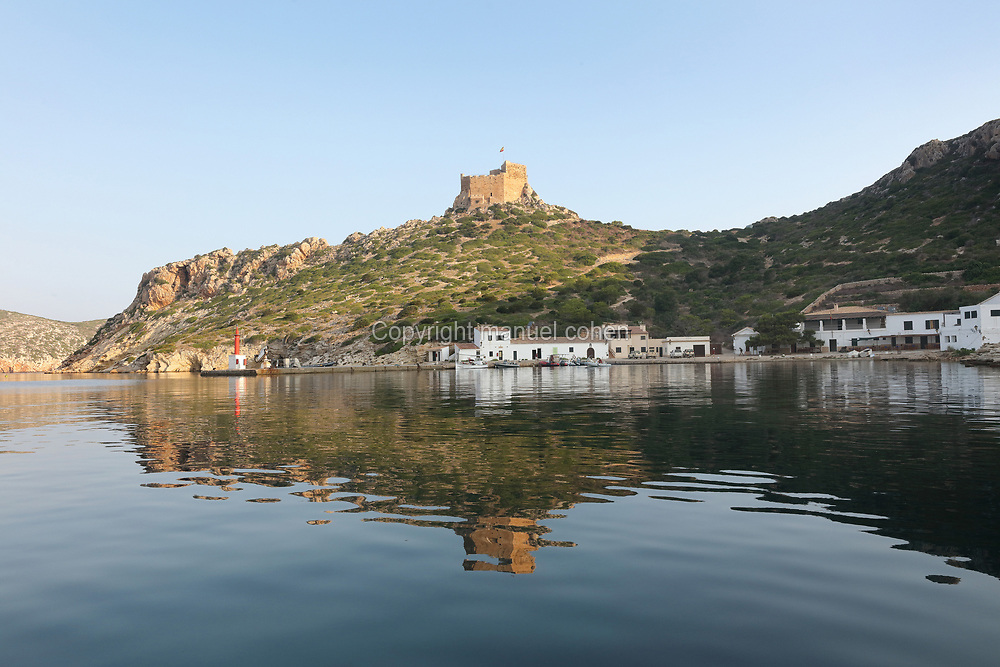