(Up) Uriah Refuses to Return Home: Uriah will not obey David's orders to return home, for to do so in a time of war would bring shame upon him. He sets up his eagle-topped pavilion before the king's house and enjoys a rich feast provided by the king. David's grand doorway is crowned by a finial topped by a royal fleur-de-lis. (2 Samuel 11:7ñ9); (Down) Uriah is Slain: David, unable to convince Uriah to return home, sends him back to the Israelite camp with a sealed letter for Joab. Joab is instructed to reassign Uriah to the fiercest part of the battle. Uriah is posted to the front lines of the Israelite siege at Rabbah, where valiant men defend the citadel. There he is struck by a bolt fired from an enemy crossbow and killed. (2 Samuel 11:14ñ17). Excerpt of the first edition of the "Crusader Bible", 13th century manuscript kept in the Pierpont Morgan Library in New York, on natural parchment made of animal skin published by Scriptorium SL in Valencia, Spain. © Scriptorium / Manuel Cohen 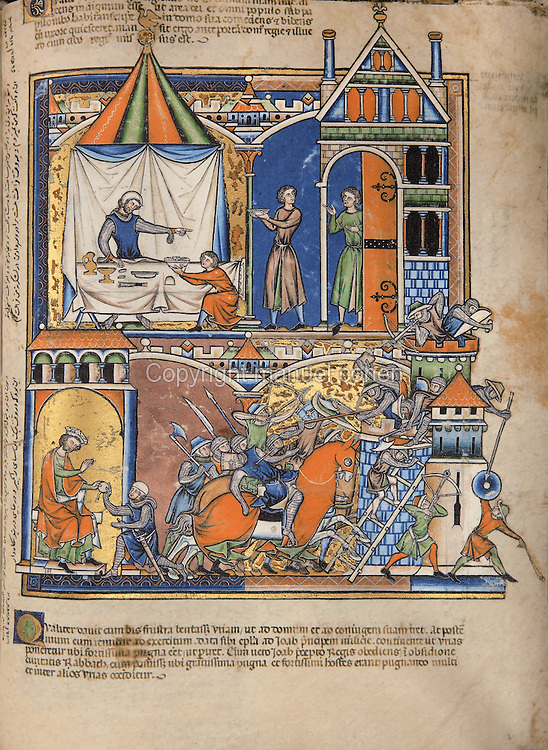