Salon de Embajadores, or Hall of Ambassadors, seen through horseshoe arches, in the Mudejar Palace, or Palacio del Rey Don Pedro, built by Pedro I of Castile in 1364, in the Real Alcazar, a Moorish royal palace in Seville, Andalusia, Spain. The Hall of Ambassadors was the throne room of King Don Pedro I, 1334-1369. The square shape of the room represents the earth and the circular dome, dating to 1427, represents the universe. The Alcazar was first founded as a fort in 913, then developed as a palace in the 11th, 12th and 13th centuries and used by both Muslim and Christian rulers. The Alcazar is listed as a UNESCO World Heritage Site. Picture by Manuel Cohen 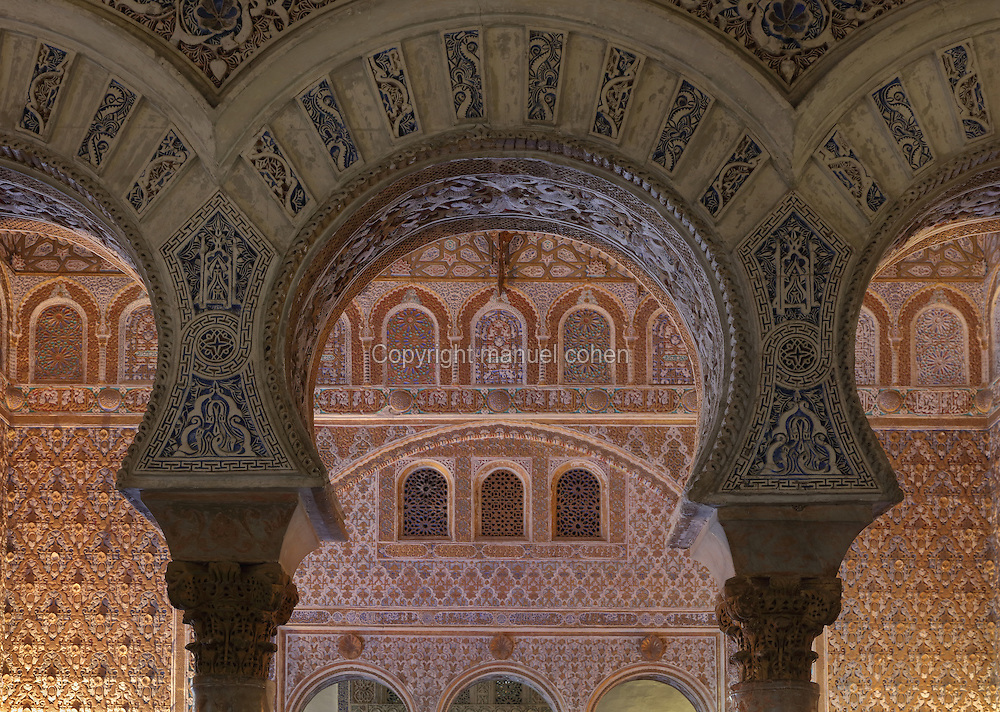