Stained glass window of St Catherine, known the Dukes Window, 15th century, with St Catherine figure added 16th century, in the Cathedrale Notre-Dame-de-l'Annonciation de Moulins, originally built as a Flamboyant Gothic collegiate church in the 15th century, and became a cathedral with a Neo-Gothic nave added by Jean-Baptiste Lassus, Eugene Millet and Paul Selmersheim in the 19th century, at Moulins, Allier, Auvergne-Rhone-Alpes, France. On the left is Catherine of Armagnac, John II's wife, on her knees with a rosary and behind, St Anne teaching the Virgin. Next is Anne de Beaujeu in prayer with her husband, Duke Peter II, his daughter Suzanne and his son Charles with an angel above. In the centre, St Catherine tramples emperor Maxence. On the right is Duke John II on his knees with Charlemagne and Charles Cardinal of Bourbon. The cathedral is listed as a historic monument. Picture by Manuel Cohen 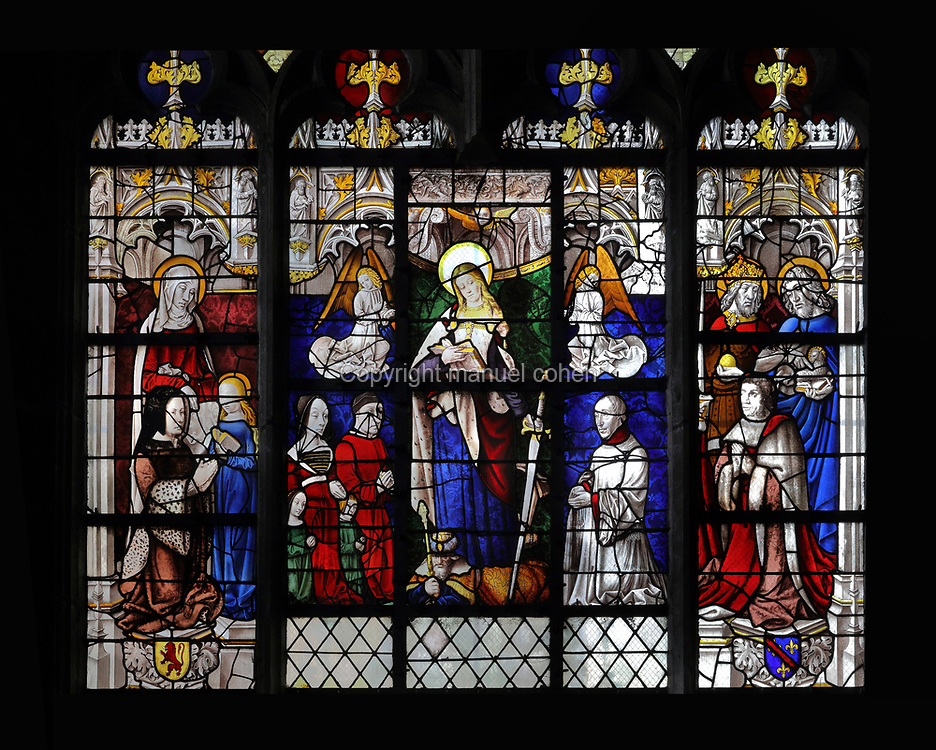