Relief of the head of a Roman man on the walls of Hexham Abbey, which was built almost entirely of reclaimed Roman stones from the local area, Hexham, Northumberland, England. The current abbey was built 1170–1250, although there has been a Christian church on this site since the 7th century. Romans were present in Northumberland from the 1st to 5th centuries, and Hadrian's Wall is situated a few miles to the North of Hexham. Hadrian's Wall was built 73 miles across Britannia, now England, 122-128 AD, under the reign of Emperor Hadrian, ruled 117-138, to mark the Northern extent of the Roman Empire and guard against barbarian attacks from the Picts to the North. Picture by Manuel Cohen 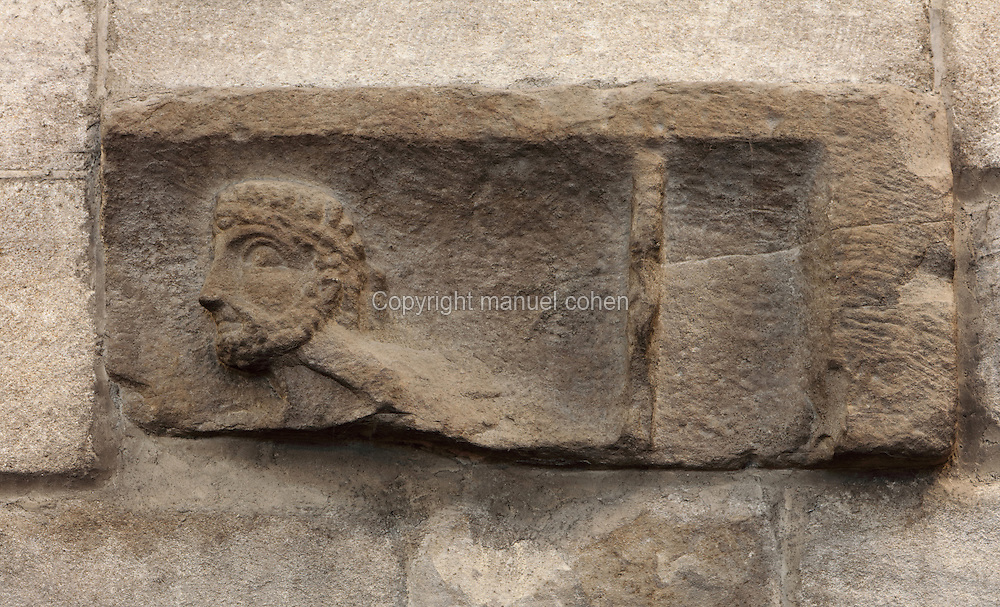