Fountain in the Court of the Lions, built 1362 in the second reign of Muhammad V, in the Nasrid dynasty Palace of the Lions, Alhambra Palace, Granada, Andalusia, Southern Spain. The fountain consists of an alabaster basin supported by 12 statues of lions in white marble, carved in the 11th century. The Alhambra was begun in the 11th century as a castle, and in the 13th and 14th centuries served as the royal palace of the Nasrid sultans. The huge complex contains the Alcazaba, Nasrid palaces, gardens and Generalife. Picture by Manuel Cohen 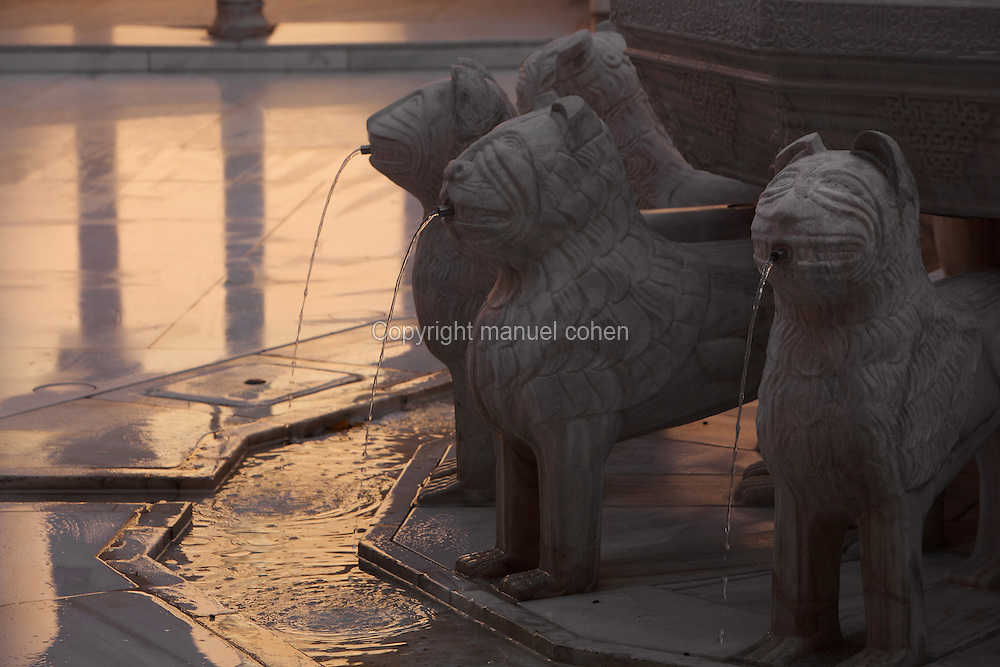