Portrait of Louis-Antoine de Bougainville, 1729-1811, navigator and explorer, from a series of paintings of French naval admirals, on wooden panels carved by Jeanselme, 19th century, in the Salon des Amiraux, in the Hotel de la Marine, built 1757-74 by Ange-Jacques Gabriel, 1698-1782, architect to King Louis XV, on the Place de la Concorde, in the 8th arrondissement of Paris, France. The building was made to house the Garde-Meuble de la Couronne, the king's furniture collection. From 1789, the building became the Ministere de la Marine, the navy ministry. The Salon des Amiraux was restored 2007-9 and the building is listed as a historic monument. Picture by Manuel Cohen 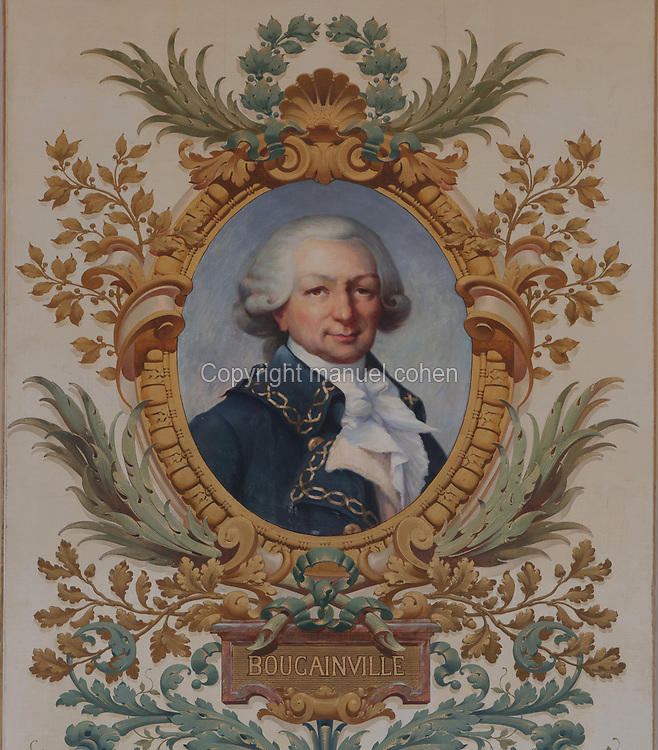