Ruins of Temple F, built 550-540 BC, on the East Hill of the ancient ruined Greek city of Selinunte, Sicily, Italy. It originally had a 6 x 14 column peristyle with unique painted stone screens between the columns, and an internal portico. Behind is Temple E or Temple of Hera, built 460-450 BC, with a 6 x 15 Doric column peristyle with several staircases and traces of stucco and friezes. It was rebuilt 1956-59. Selinunte was founded in 628 BC and was an important Greek colony, home to up to 100,000 people at its peak and abandoned in 250 BC. The city consists of an acropolis housing 2 main streets and 5 temples, 3 other hills with housing and temples and 2 necropoleis. Picture by Manuel Cohen 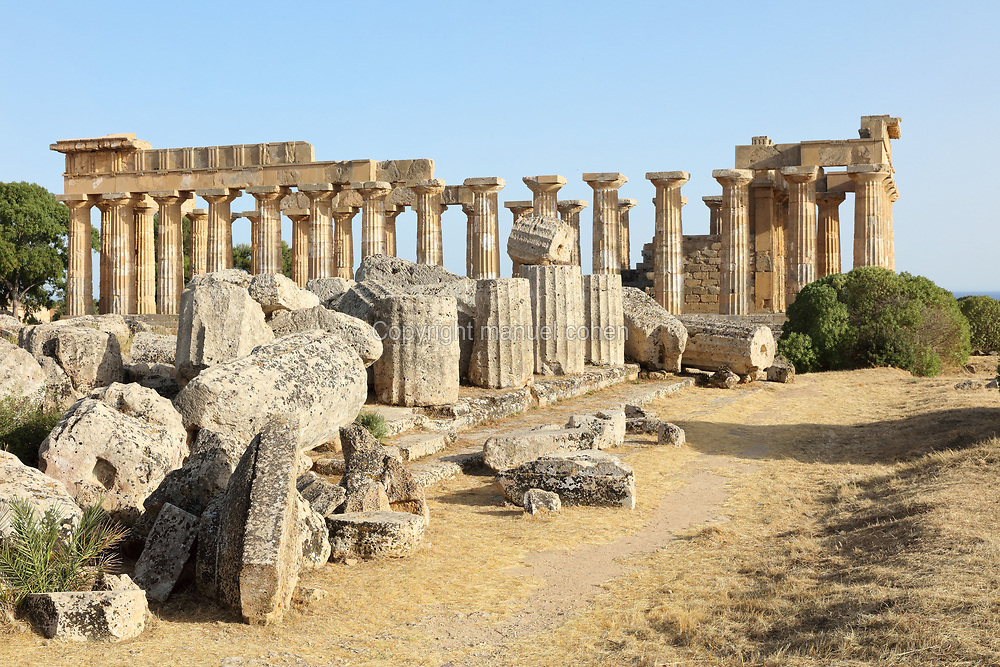