Low angle view of the Gloriette de Buffon (Buffon's Gazebo), one of the oldest iron structures in the world, built in 1788 by Edme Verniquet, sits on the peak of the Labyrinthe (Labyrinth) and is located in the Jardin des Plantes, Paris, 5th arrondissement, France. Founded in 1626 by Guy de La Brosse, Louis XIII's physician, the Jardin des Plantes, originally known as the Jardin du Roi, opened to the public in 1640. It became the Museum National d'Histoire Naturelle in 1793 during the French Revolution. Picture by Manuel Cohen 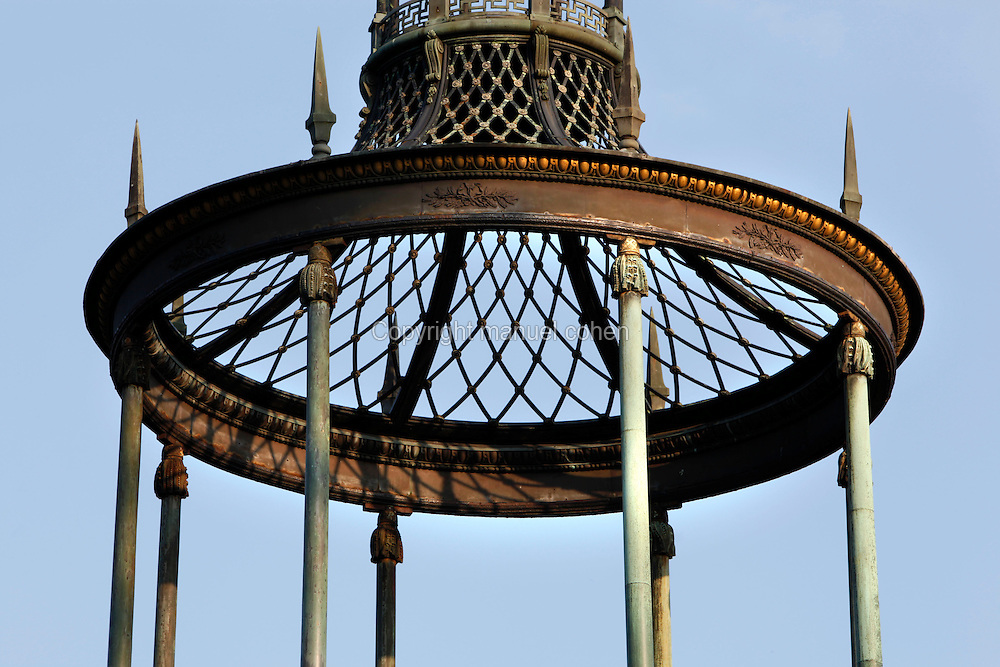