Detail of the painting Two councillors of Barcelona asking for a university to the king Alfonso V, painted by Ricard Anckermann (1842-1907) in 1884, 19th century, and conserved in the Auditorium of the University of Barcelona, Spain. The Spanish king Alfonso V (left) can be seen with a sceptre and seated on a throne in the Octavia Tower in Sicily, Italy, in 1450, 15th century. Around him, many men from the study of sciences and humanities and in the centre there are the two councillors, Joan de Marimon and Bernat Capila. Picture by Manuel Cohen 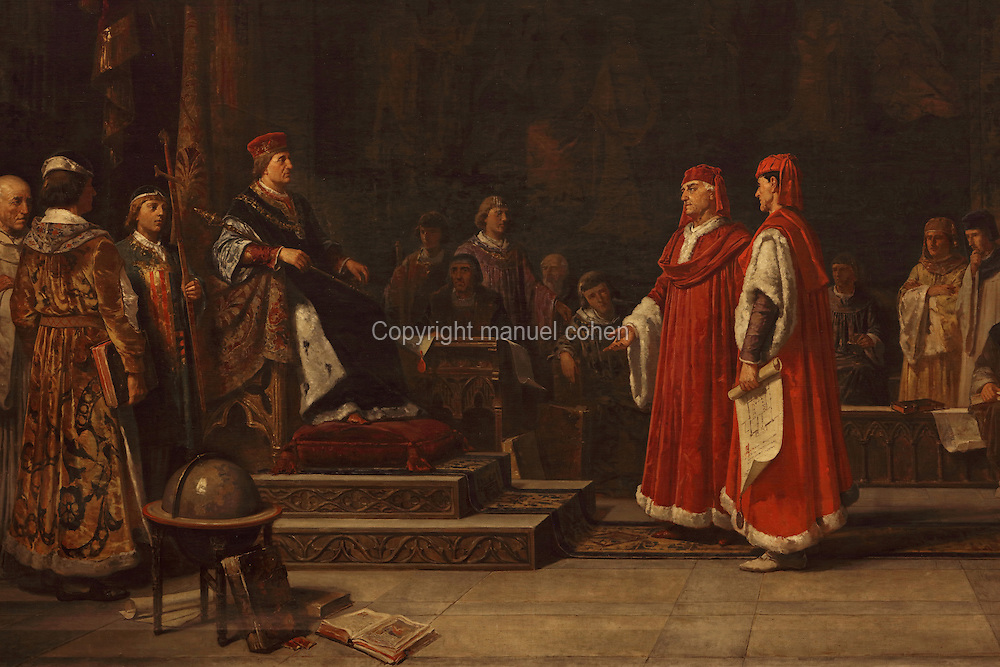