Royal tomb of King Henry II Plantagenet of England in the nave of the Abbey Church at Fontevraud Abbey, Anjou, France. Henry, 1133-1189, ruled from 1154 and was a benefactor of the monastery. His effigy is carved in stone and was painted, he wears a crown and blue robes edged with gold and holds a sceptre. No body remains in the abbey as the tomb was raided during the French Revolution. Fontevraud Abbey was founded in 1100 by Robert of Arbrissel and became a double monastery for both monks and nuns, led by an Abbess. The Order was dissolved during the French Revolution. Picture by Manuel Cohen 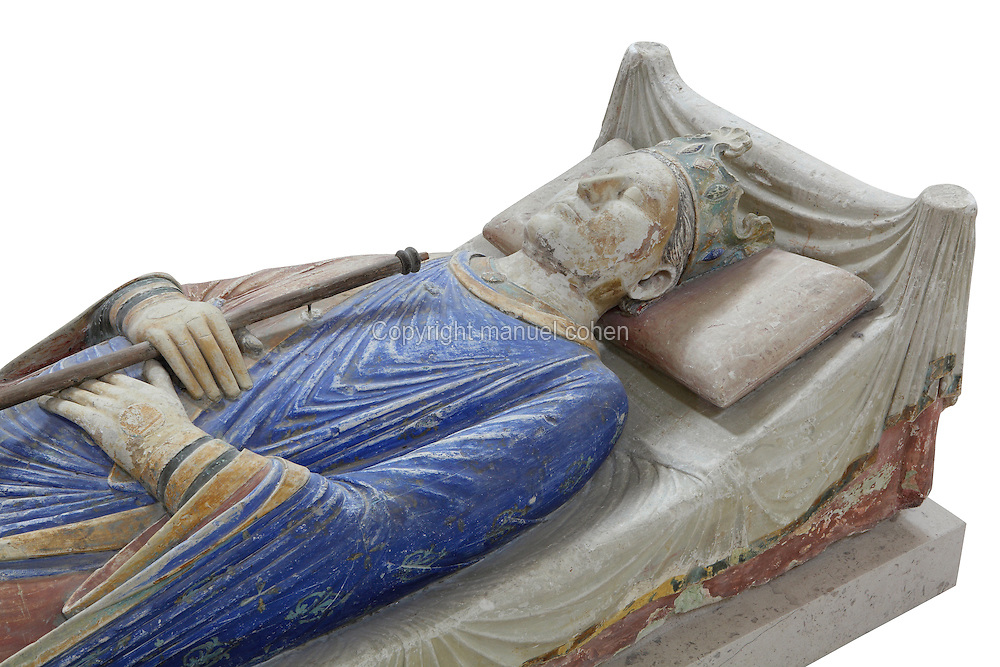