Roman road with large boulder forming a roundabout at an intersection, in the Area Arqueologica de ​​Moreria, an area in the Moreria suburb of Merida which has been excavated to reveal Roman remains including city walls, roads and houses, in Emerita Augusta, founded in 25 BC by Emperor Augustus, now Merida, Extremadura, Spain. In this 12,000m square site, amidst contemporary urban buildings, town planning can be seen through the ages, from Roman, Visigothic, Islamic, medieval Christian, and modern times. It forms part of the Merida UNESCO World Heritage Site. Picture by Manuel Cohen 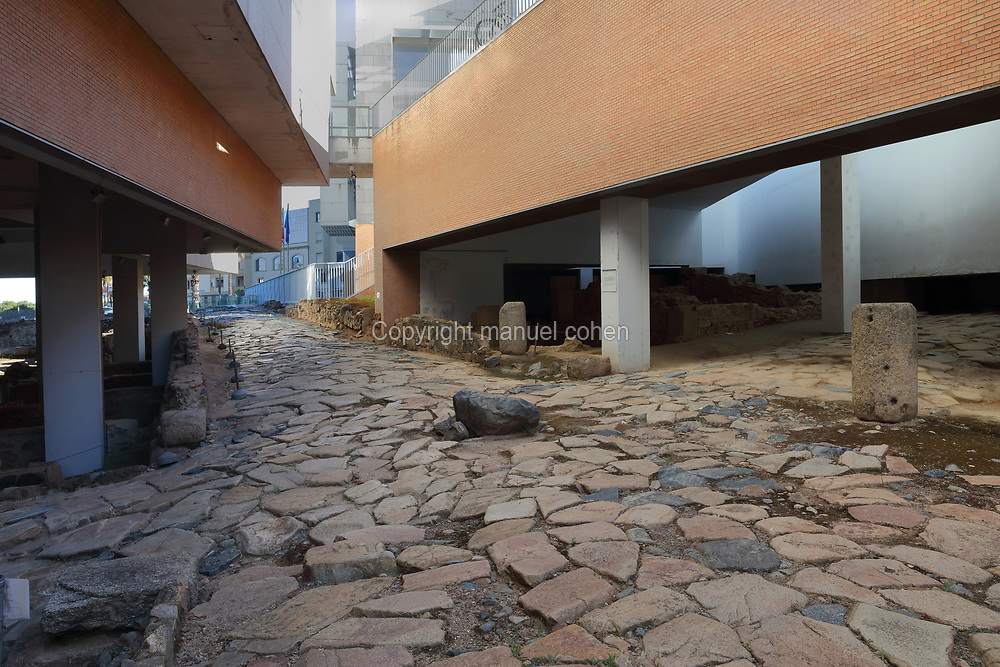