Eglise Saint Germain de Charonne, on the Place Saint-Blaise, in the Charonne quarter of the 20th arrondissement of Paris, France. The church was originally built in the 12th century in Romanesque style, and was reworked in the 15th and 18th centuries. It is said to have been built at the meeting place of St Germain with St Genevieve, patron saint of Paris. The church is listed as a historic monument. Until 1860 the cobbled Rue Saint Blaise leading away from the church, was the heart of the village of Charonne, a wealthy rural village outside of the city of Paris. Along with the Rue Berton in the 16th arrondissement, these streets, now protected, provide a glimpse of the rural village life which previously surrounded the capital. Picture by Manuel Cohen 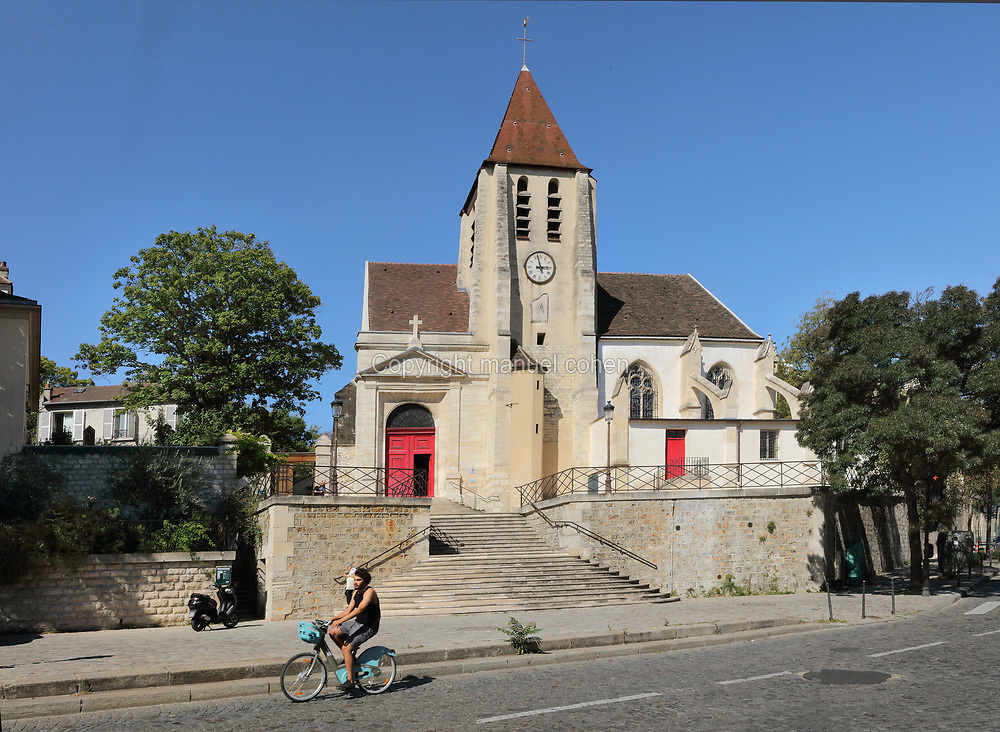