Aerial view of part of the Cliff Palace, 13th century, a huge multi-storey Native American Puebloan dwelling, housing 125 people, with 23 kivas and 150 rooms, in Mesa Verde National Park, Montezuma County, Colorado, USA. The Cliff Palace is the largest cliff house in the park, possibly used for social and ceremonial purposes and is thought to be part of a larger community encompassing 60 pueblos and 600 people. It is made from sandstone blocks, mortar and wooden beams and was originally painted with earthen plasters. Mesa Verde is the largest archaeological site in America, with Native Americans inhabiting the area from 7500 BC to 13th century AD. It is listed as a UNESCO World Heritage Site. Picture by Manuel Cohen 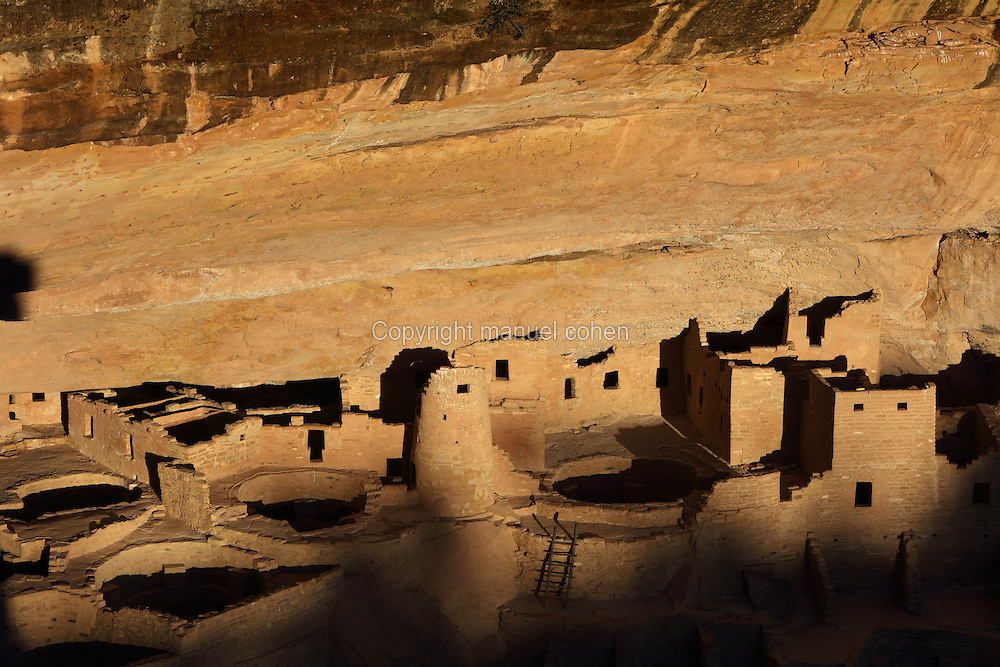