Nymphaeum Traiani or Fountain of Trajan, 102-114 AD, Ephesus, Izmir, Turkey. The fountain building was donated by Tiberius Claudius Aristion and his wife in honour of Artemis of Ephesus and Emperor Trajan. A 2 storey facade surrounded the fountain on 3 sides, while the statue of Trajan, with a globe under his feet, stood over the water outlet in the central niche overlooking the pool. The pool of the fountain was 20x10m, surrounded by columns and statues of Dionysus, Satyr, Aphrodite and the family of Trajan. Ephesus was an ancient Greek city founded in the 10th century BC, and later a major Roman city, on the Ionian coast near present day Selcuk. Picture by Manuel Cohen 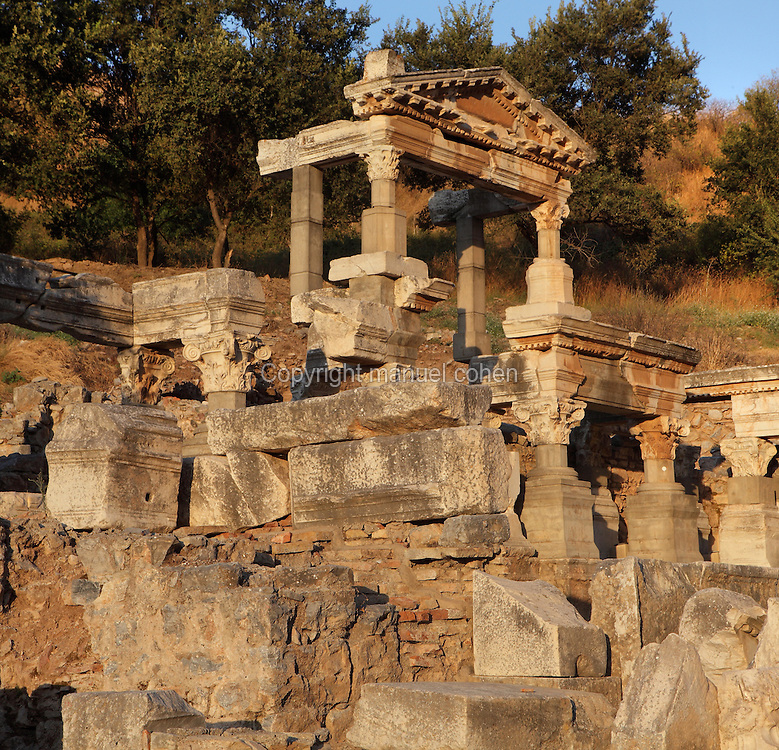