Monument to Ucuetis, a Celtic god, excavated in 1908 by Victor Pernet, at the MuseoParc Alesia, on Mont-Auxois near Alise-Sainte-Reine, Burgundy, France. This large building is mainly ruined although there is a well preserved underground chamber. Ucuetis is thought to be the god of craftsmen and the large size of the monument reflects the importance of metalwork and other crafts at Alesia. Alesia was originally a Celtic settlement which became a Gallo-Roman town after being conquered by Julius Caesar during the Gallic Wars. Alesia is the site of the Battle of Alesia, 52 BC, when the Romans under Julius Caesar defeated the Gauls under Vercingetorix. Picture by Manuel Cohen 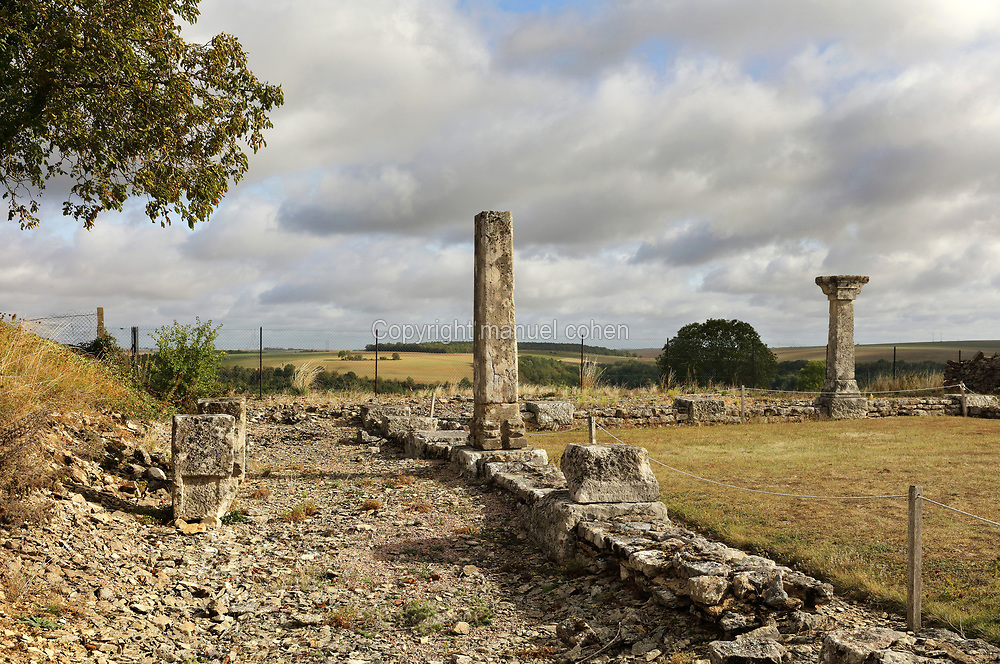