Interior and cloister of the Ossuaire de Douaumont or Douaumont Ossuary, designed by Leon Azema, Max Edrei and Jacques Hardy, inaugurated 7th August 1932 by French President Albert Lebrun, to house the remains of French and German soldiers who died at the Battle of Verdun in World War One, at Douaumont, Verdun, Meuse, Lorraine, France. The ossuary contains the remains of over 130,000 soldiers, some of whom are named on the plaques covering the walls and ceiling. The adjoining military cemetery holds 16,142 graves and is the largest single French military cemetery of the First World War, inaugurated in 1923 by Verdun veteran Andre Maginot. It has been listed as a national cemetery. Picture by Manuel Cohen 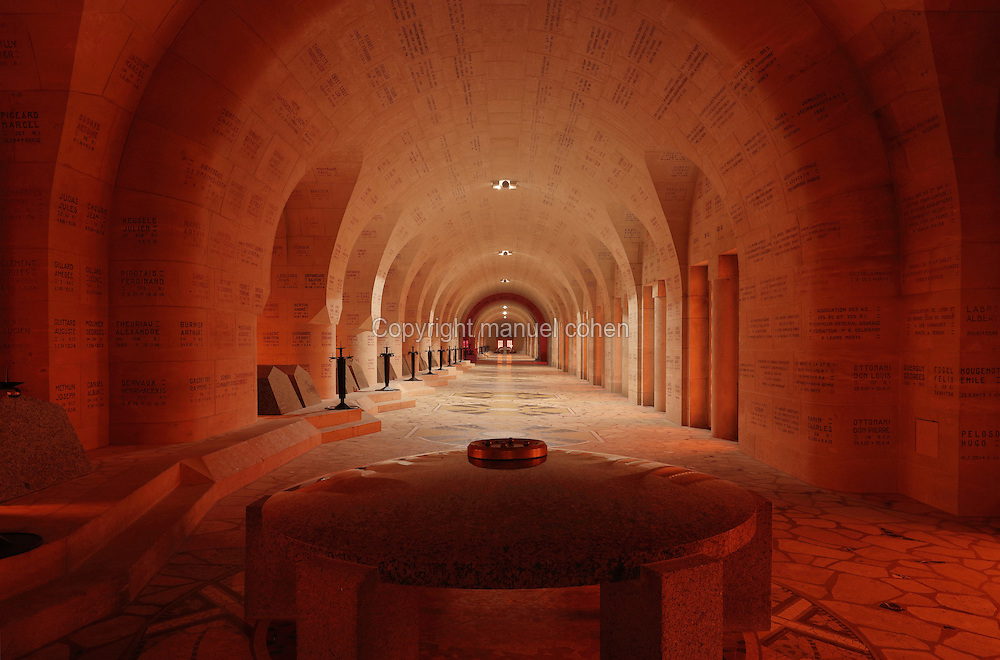