Carved stone capital with animal with human torso and head, 13th century (possibly renovated in the 18th century), in the cloister of the Old Cathedral of Coimbra, or Se Velha de Coimbra, a 12th century Romanesque Roman Catholic cathedral in Coimbra, Portugal. The capitals in the cathedral date from between the Romanesque and Gothic periods, and show Arab and pre-Romanesque influences. They depict mainly vegetal designs with some birds and animals but no humans or biblical scenes, possibly because the artists were mozarabic, Christians who lived in Arab territories where the depiction of people was forbidden under Islam. The cathedral was designed by Master Robert, a French architect, with the works overseen by Master Bernard and Master Soeiro. It was reworked in the 16th century, with the addition of tiled decoration, a portal and Renaissance chapel. The city of Coimbra dates back to Roman times and was the capital of Portugal from 1131 to 1255. Its historic buildings are listed as a UNESCO World Heritage Site. Picture by Manuel Cohen 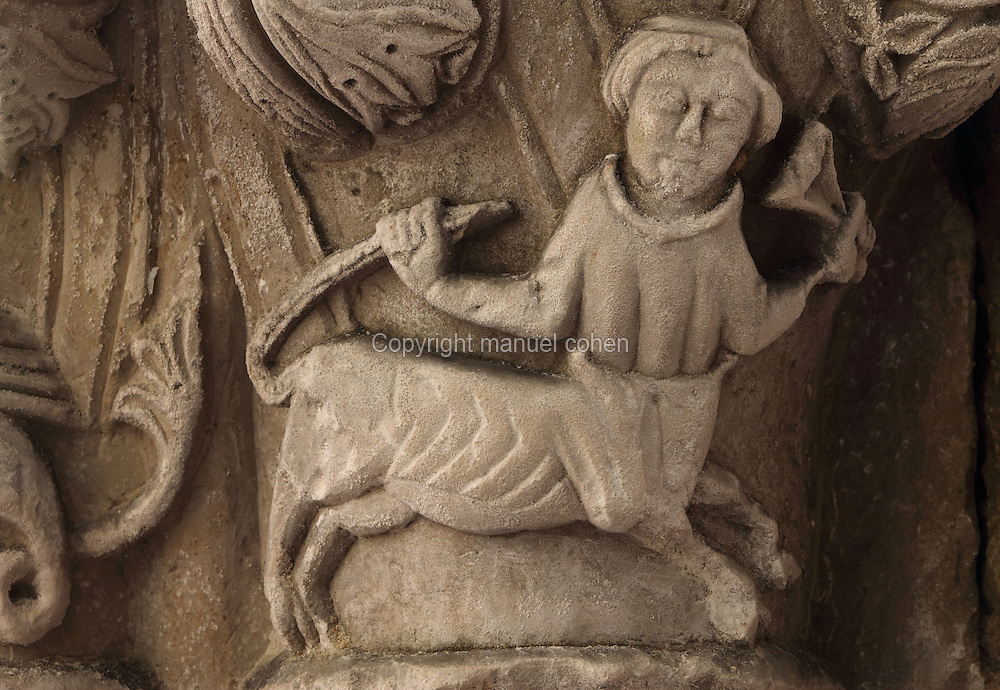