Cylindrical tower and bulwark of San Giorgio, Castello a Mare or Castellammare, a fortress defending the entrance to the port at Palermo, Sicily, Italy. The cylindrical tower forms part of the 15th century fort defences, and is 25m wide and 3 storeys high. Originally built in the 12th century, the fort was expanded in the 15th and 1th centuries. The site contains a Norman keep, a fortified gate or entrance, and remains of a sophisticated Renaissance star-shaped defence. Picture by Manuel Cohen 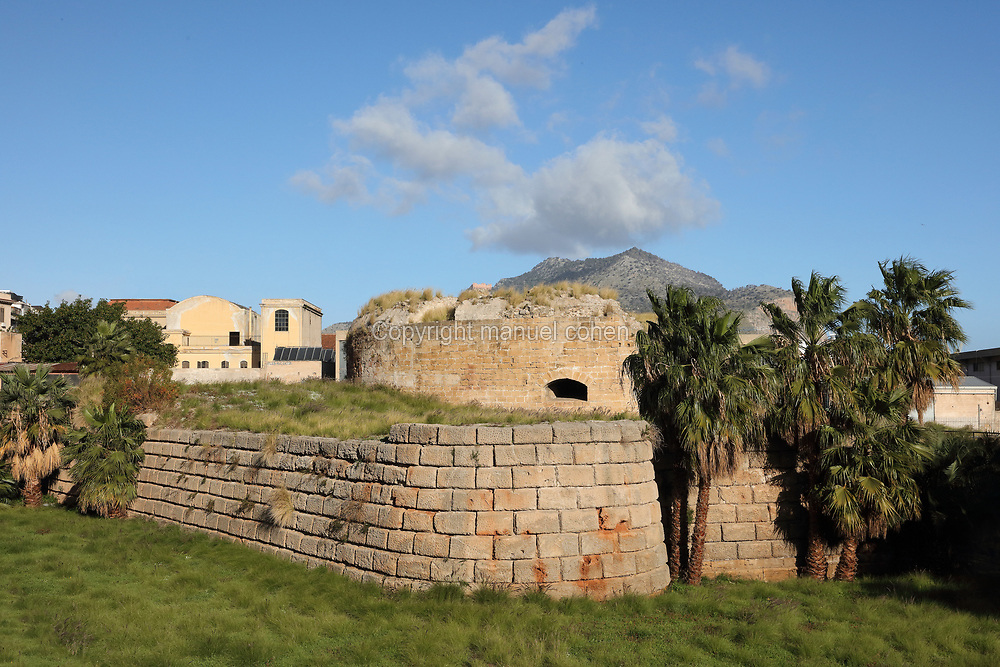