Views Of The Archaeological Sites Of Corinth

CORINTH, GREECE - APRIL 16 : A detail of architectural carving from the Temple of Apollo, on April 16, 2007 in Corinth, Greece. The Temple of Apollo is one of the oldest in Greece, originally built in the 7th century AD. At its entrance is a display of architectural fragments including column capital types; this one is Corinthian. Corinth, founded in Neolithic times, was a major Ancient Greek city, until it was razed by the Romans in 146 BC. Rebuilt a century later it was destroyed by an earthquake in Byzantine times.(Photo by Manuel Cohen) 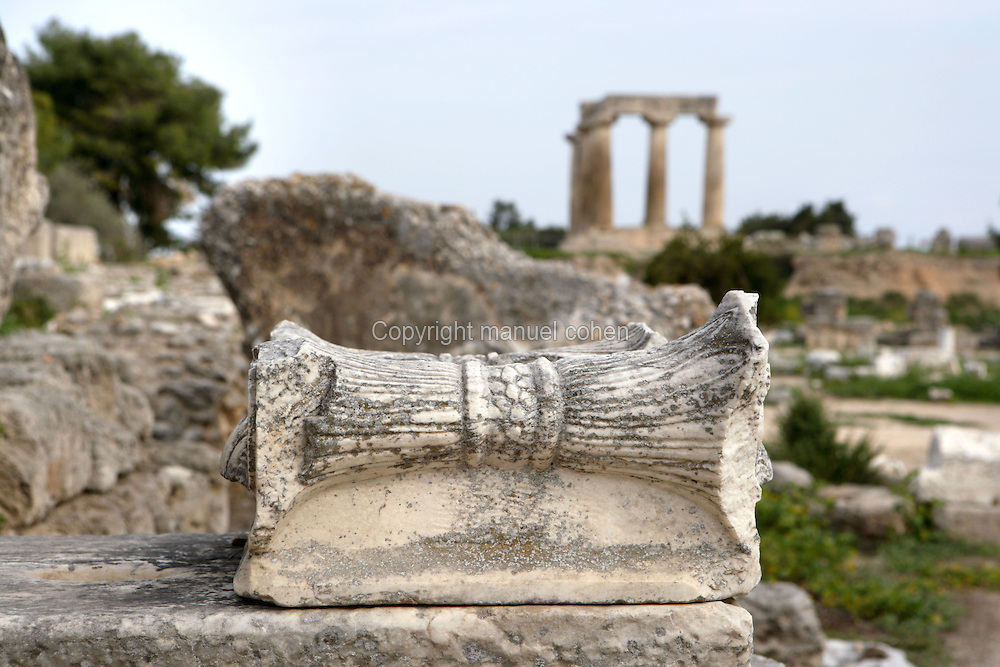